While Packaged Apps are the recommended way to deliver your KaiOS apps, there may be benefits to using the Hosted App approach. This page provides a guide to the key differences between these delivery methods and offers advice on choosing between the two.

The primary difference between Packaged Apps and Hosted Apps is fairly obvious: the former delivers all its content onto a user’s device, while the latter delivers the app‘s assets on demand from a web server. However, there are many more subtle differences that you should consider when choosing between the two.

Let’s start by looking at key features of Packaged Apps and Hosted Apps and see how they differ.

The overriding reason for creating a Packaged App is the functionality it can offer to your users. Packaged Apps can use the Privileged APIs, which provide apps with the ability to integrate closely with hardware and software features on a KaiOS device. If, for example, your app wanted to allow the user to select and use details of contacts stored on the device, this can only be done in a Packaged App.

In general you should expect users to observe better response from Packaged Apps, as all the app’s assets are stored locally on their device. When accessing remote data from the Internet, generally there’ll be no significant difference between the two options.

The cost and effort of hosting a server to deliver Hosted Apps may be an issue for you, if it is then Packaged Apps have a clear advantage.

All apps need to be delivered to a user’s device, which will be affected by both the network bandwidth and the available storage memory on the device. Here the overall size of your app’s assets will be the primary decision driver, the larger your app the more likely you’ll want to deliver it as a Hosted App.

The choice of Packaged App or Hosted App isn’t necessarily a simple one. There are however a few key factors that can be used to determine the option to use, as shown in this flowchart : 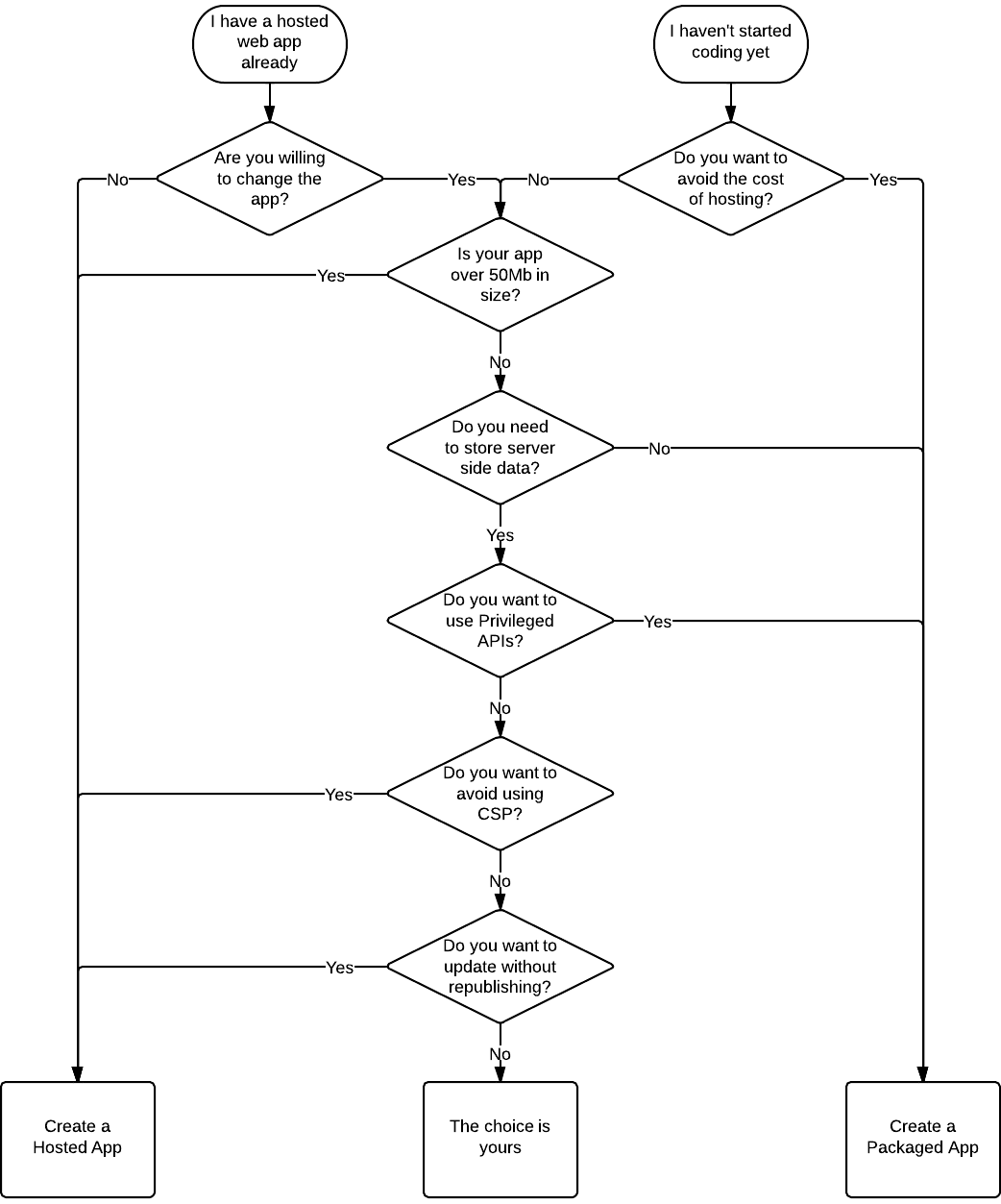